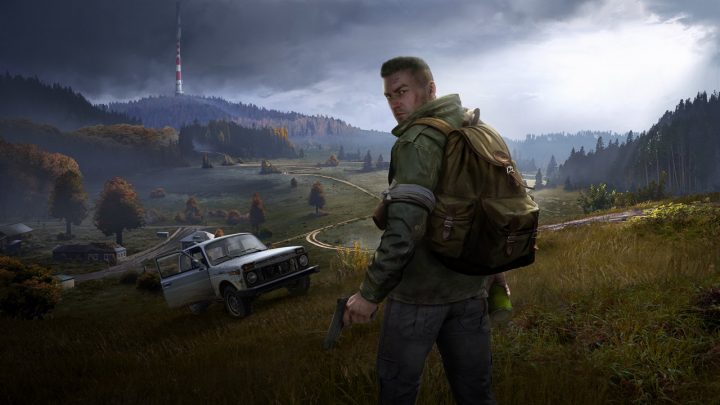 It’s hard as nails, it’s bug-ridden, and it has no tutorial – but online zombie adventure DayZ has now been downloaded 1m times, barely a month after its ‘alpha’ launch on PC gaming service Steam.

Its creator, New Zealand-born game designer, Dean Hall, has become the latest independent developer to release a new project before it is finished, allowing gamers to contribute toward its completion. Potential customers are warned via a series of titles screens that the game is a work in progress and that bugs and crashes are commonplace. But this hasn’t stopped hundreds of thousands of PC gamers from pouring hours into the taut, exciting multiplayer action.

Originally written by Hall as a “mod” – or unofficial add-on – for the popular military shooter ArmA II, DayZ places gamers into the midst of a zombie apocalypse. Surrounded by unfamiliar landscape and with no tools to survive, they have to ransack houses to find guns and food, while avoiding the ravenous undead. The important part is that the game is online and there are up to 40 other players in the world with you – you’ll either have to compete for resources, usually with deadly force, or team up to form clans of survivors. Brilliantly, the game supports in-game chat via headsets and microphones, so players are able to communicate with each other, plotting their fraught hit-and-run missions on other gangs. But every once in a while, the game glitches out or crashes altogether. You just have to re-boot and go back in, reporting your experiences on the game’s packed forums.

DayZ is far from alone in this ‘release then adapt’ approach. Although indie coders have often launched new projects in unfinished formats for fans to download and test, it was crossover smash hit Minecraft that really transformed the concept into a workable business model. Markus ‘Notch’ Persson’s ingenious construction game was original launched in an early ‘alpha build’ state in 2009 but quickly attracted an enthusiastic community, who feed back on the game’s faults and features. Now available on PC, console and smartphone the title has sold over 33 million copies. “The benefits [of early release] are that you don’t have to rely on a publisher, and that you can get people passionate about the game early on,” he told Gamasutra last July. “The added pressure of people already having paid for the game can help motivate you to work on it as well.”

So far, the model has worked particularly well for simulation titles, that can offer up stable gameplay experiences without the need for advanced visuals or complex narrative sequences. UK developer Introversion was effectively saved from closure in 2012 when it made its latest title, the compulsive jail design sim, Prison Architect, available for online purchase in an early alpha state. The title is yet to receive a full, complete launch, but has raised over $10m from its community. Speaking to VG247 last year, the studio’s co-founder Mark Morris explained both the financial and creative advantages: “I liken the process to steering a oil tanker – we have our own vision for Prison Architect and we know the path we are heading in, however we keep a close eye on the forums, Twitter and Facebook accounts, and the thoughts and views of the community kind of act like tug boats nudging the tanker in one direction or another.”

The approach has become so successful that key digital gaming service Steam now has an Early Access section, allowing gamers to select and support unfinished titles. As with the Kickstarter revolution which has seen hundreds of games funded to completion via crowds of fans, there is a sense of ownership over the project. Gamers aren’t just ‘pre-ordering’ an interesting new title, they’re potentially contributing toward its growth. In many ways, there’s the same appeal as discovering and supporting a new band from their days gigging in flea-pit pubs; it’s that sense of getting in there first with something cool and exciting.

DayZ, which was apparently inspired by Hall’s survival training while in the New Zealand armed forces, still has over a year of development left. The big test for ‘early access’ games like this is whether the creators can maintain development momentum under the pressure of user expectation. While community expectations can no doubt provide impetus to a small development team, there’s always the danger is can be creatively stifling – especially if a large vocal community has a wide range of opinions on where the design should go.

But it’s a problem most indie studios would be happy to face. The smartphone app stores are flooded with game content, and Steam houses something in the region of 3000 titles, so visibility is now the key challenge facing smaller developers. Building a proactive community is, then, a vital part of the development process – indeed, to gain a slot on Steam these days, developers have to go through the Greenlight system in which gamers vote on which new titles should get into the store.

The interesting thing about DayZ’s success is that this is such an uncompromising experience. It is not a nice welcoming simulation title, it is a raw, bleak and almost entirely emergent survival horror game. The community is the experience. And with a million players, the lesson it appears to be teaching is – provide a compelling universe and let participants build from there.